BIO:
Siri Engström is a 2023 outside hitter from Lund, Sweden. Siri plays with the Swedish Youth National team and has represented Sweden in U16 and U18 competitions. Siri attends the National Volleyball High School where they have a combination of volleyball with their academics. The lifestyle is similar to that of a college athlete and prepares them well for the demanding schedule that student-athletes have in the US. Siri plays club volleyball for Lunds VK where she was the youngest player on the top team which competes in the Swedish Elitserien. The Swedish Elitserien is a semi-professional level which is comprised of former NCAA players from D1 conferences such as the Pac12, Big12, Big West, and ACC. 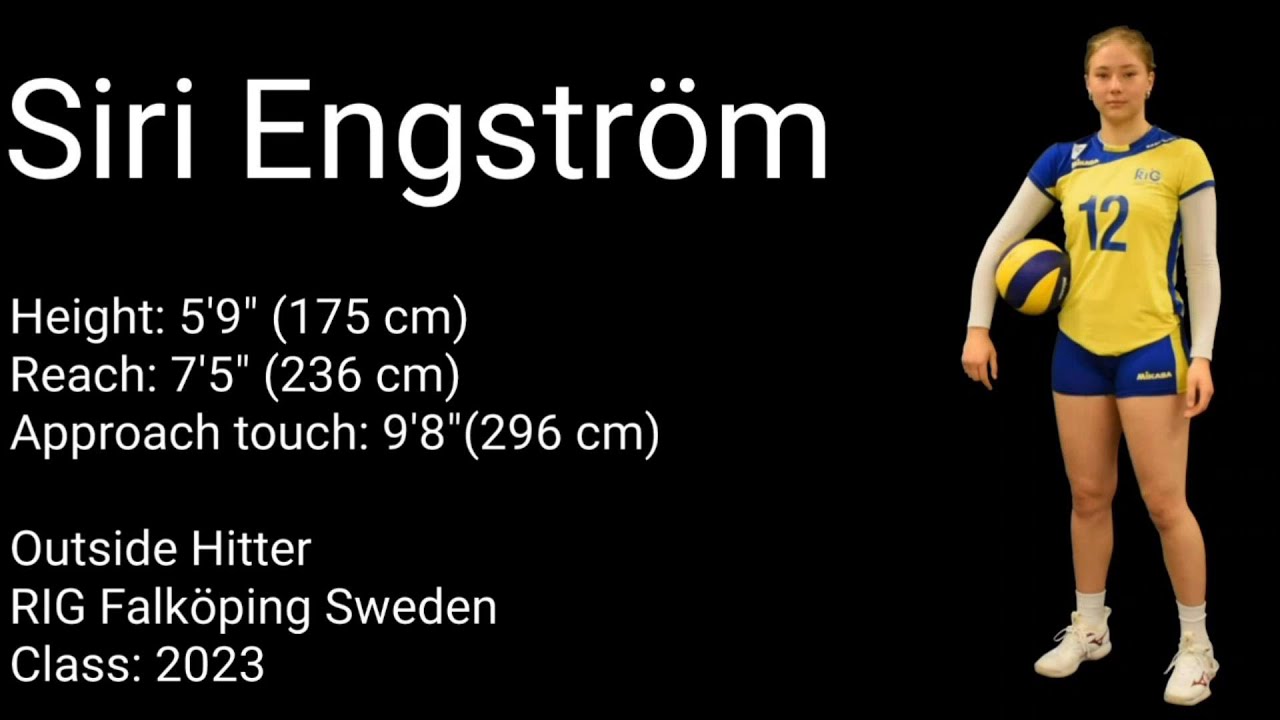